Young Justice Season 4 is on its final leg and this week brings a fun episode that features the return of Kaerb Ym Traeh! Check out our review to find out how it performed. 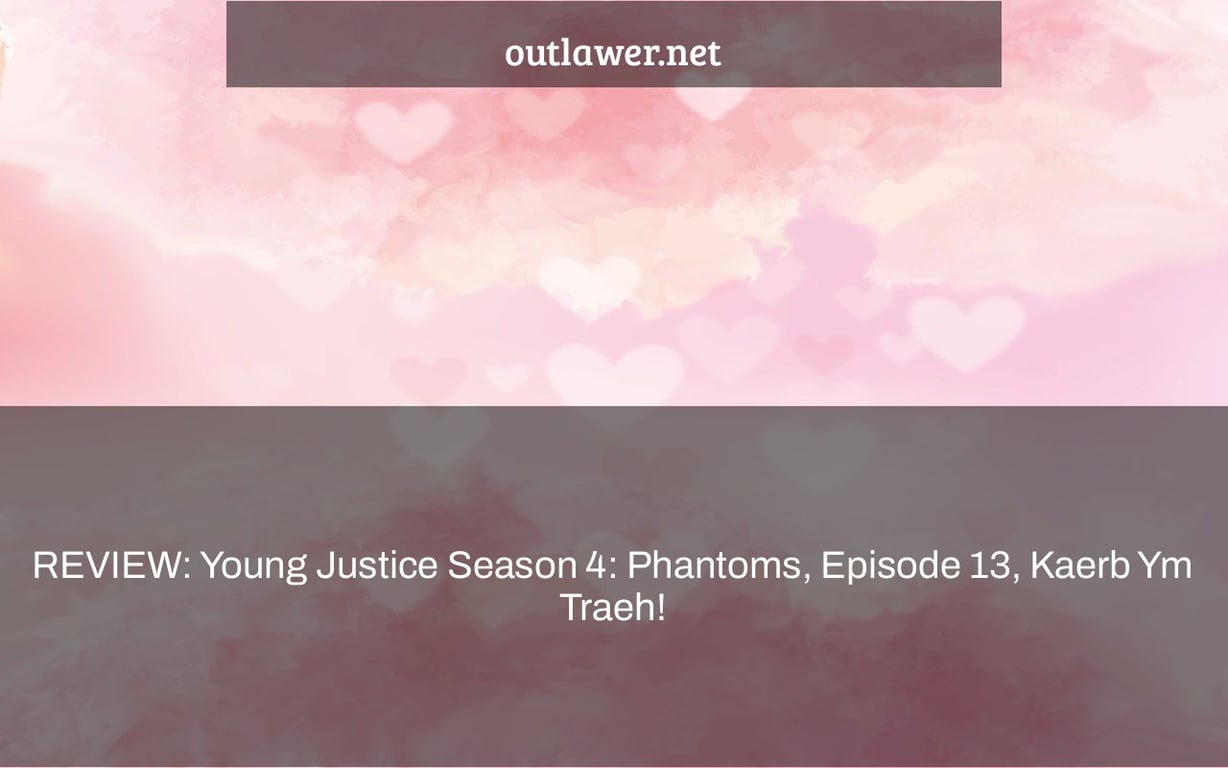 “I don’t know what more to say; my trust in God and love for my daughter got me through…the long night.” 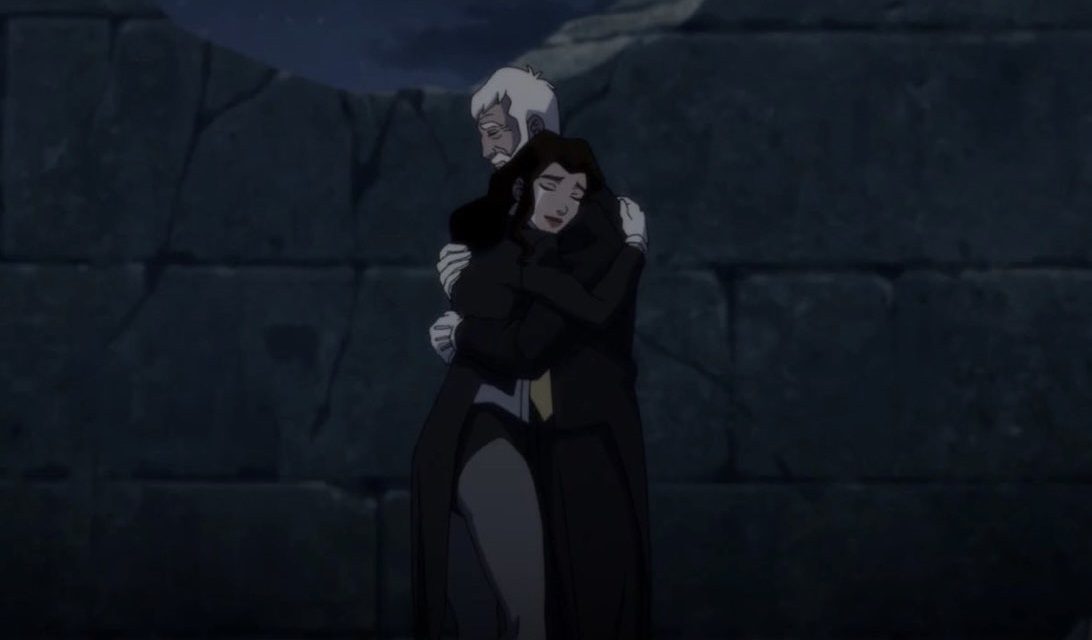 “Kaerb Ym Traeh!” reunites Zatanna, Dr. Fate, and Klarion, who had been separated by “Og Htrof dna Requnoc.” Meanwhile, Perdita pays Garfield a visit. Together, The Stranger and Vandal Savage try to persuade the Lords to intervene. Klarion leads the gang to a Salem animal shelter in search of his new companion. A stray, ironically, is the one that communicates to him the most and eventually becomes the new Teekl. Perdita attempts to reach out to Gar about his losses. The Lords of Chaos are persuaded by Vandal Savage to withdraw their support for Child. The Lords of Order agree that the girl must be brought to justice. Garfield’s social disengagement and sleep medicines are brought up by Perdita. Instead of accepting assistance, he urges her to go, thereby terminating their relationship. Traci utilizes ill luck magic to expand Flaw’s crack and destroy them in the fight with Child. The child is condemned to return to the Lords of the other Lords. Mary is chastised by Zatanna for summoning the life power of all living beings to battle. She urges Traci and Khalid to take on the role of part-time hosts for Nabu, sharing the responsibility with her and Zatara and allowing him a break. Mary is upset because she was not asked and returns home while the other two take the offer. Zatanna finally hugs her father once again. Zatanna’s strategy, according to The Stranger, is what finally led to the war. Zatanna investigates the school bus’s background and discovers Conner’s ghost. Mary, unhappy in Faucet City, eventually speaks the magic phrase.

“Kaerb Ym Traeh!” is the midseason finale for Phantoms, and although I despise hiatuses and waiting for new material, this is a major high note to leave us on for however long. I’m curious how this five-episode arc (rather than the four that Phantoms has previously done) will affect the remainder of the season’s flow. Because the season is 26 episodes long, it would make sense to have one more, lengthier arc, but then the season finale would be part of someone’s arc, which sounds odd. None of this is intended as a criticism; I’m just interested to see how the second half of the season unfolds.

The title of the episode (“destroy my heart” reversed) combined with the image of Perdita made me nervous, and rightly so. I understand that despair can be a strong and deceptive force, but it’s difficult to see Garfield lose one of his few surviving fans. It irritates me that he refuses any assistance and dismisses Perdita for having the temerity to offer it. At this point, I’m not sure what might encourage Gar to work on himself if a kind, patient approach from someone he cares about won’t suffice. Although he is young and has gone through a lot, it’s natural that some of his buddies are fed up with his antics. I’m hoping he doesn’t have to wait until the end of the season to receive any support. In the last scene of “Kaerb Ym Traeh!” a development in the shape of Conner’s spirit complicates his path.

Conner is dead, but his spirit isn’t at peace, which is perplexing. I had imagined he wasn’t truly dead and had been rescued by the strange time travelers. This certifies his death while while keeping him in the plot. I’m not sure I’m ready for another OG key character to die, and how would a meeting with him effect M’gann and/or Garfield? That’s probably why he’s not sleeping; they’re both in excruciating pain as a result of his premature death. Is it possible that this will aggravate one or both of them even more? Is it possible that seeing him in this situation will make Gar feel better? Of course, I may be completely wrong, but I don’t want Conner to be written off in any manner. One of my favorite characters is him! M’gann is one of my favorite characters, but their connection was crucial to both of their growth. One of the reasons I believe they were such a well-written couple is because of this. I understand that killing characters is sometimes necessary to maintain the current quo and keep the stakes high, but I despise the prospect of Conner being gone for forever before long.

Vandal Savage and The Stranger are fantastic in every way. Instead than depending purely on static graphics, I still wish they used more genuine animation in these situations. I’m sure that’s a financial constraint, and the action scenes make up for it. But I’d be lying if I claimed it didn’t get in the way. Regardless, the conversation here is serious and relevant for Vandal. He’s silent most of the time, but when he speaks, he demands respect, to the point that I believe his negotiation with the Lords is plausible. That is astounding in and of itself. Even though I was hoping to see more movement, the graphics in these sequences are fantastic.

I like what Zatanna and her pupils are doing here. It hadn’t occurred to me that she would be looking for co-hosts for Nabu, but it makes sense. She was attempting to assist her pupils in broadening their skill sets in order to make them better candidates for the shared duty. This is intriguing not just because it reunites Zatanna and Zatara, but also because it casts Zatanna in a gray light. Heck, this is the most I’ve ever been interested in her! Traci doesn’t comprehend the obligations of being Nabu’s host body, according to Khalid, and Zatanna does nothing to teach them to her. Mary is also allowed to take the life energy from the other pupils at the moment, only to be punished afterwards for it. Mary’s subsequent behavior might be attributed in part to Zatanna’s deception of the youngster. I’m absolutely looking forward to seeing what happens when the program returns.

Overall, “Kaerb Ym Traeh!” is a fantastic episode that serves as a perfect cap to the first half of the season. The action, animation, and conversation in this film are fantastic. Several show-stopping occurrences occur in this episode, including Klarion discovering his new familiar, the team eventually overcoming Child, and Mary succumbing to her darkest instincts. Is there a villain in the works for the remainder of the season? I’m very excited! But it was Zatanna and her father finally reconnecting that was my favorite part.

“Kaerb Ym Traeh!” is a fantastic episode and a perfect way to round up the first half of the season. The action, animation, and conversation in this film are fantastic. Several show-stopping occurrences occur in this episode, including Klarion discovering his new familiar, the team eventually overcoming Child, and Mary succumbing to her darkest instincts.

The “young justice season 2” is a superhero animated television series that follows the adventures of young superheroes. The “Young Justice: Phantoms, Episode 13, “Kaerb Ym Traeh!”” is a review of the episode from Season 4.