Tunic is a medieval-themed game with RPG elements, where players can pick one of four classes: Knight, Mage, Rogue or Warrior. The story begins as the player wakes up in an unfamiliar castle and they learn that only by defeating each other will they gain access to their true potential. However it isn’t easy because you have to fight off monsters and complete quests while doing so – this makes for a very engaging experience!

The “tunic demo download” is a game that was developed by Brendan Uhrin. It was released on the PC in 2015, but it has just recently made its way to the Xbox One and Playstation 4. 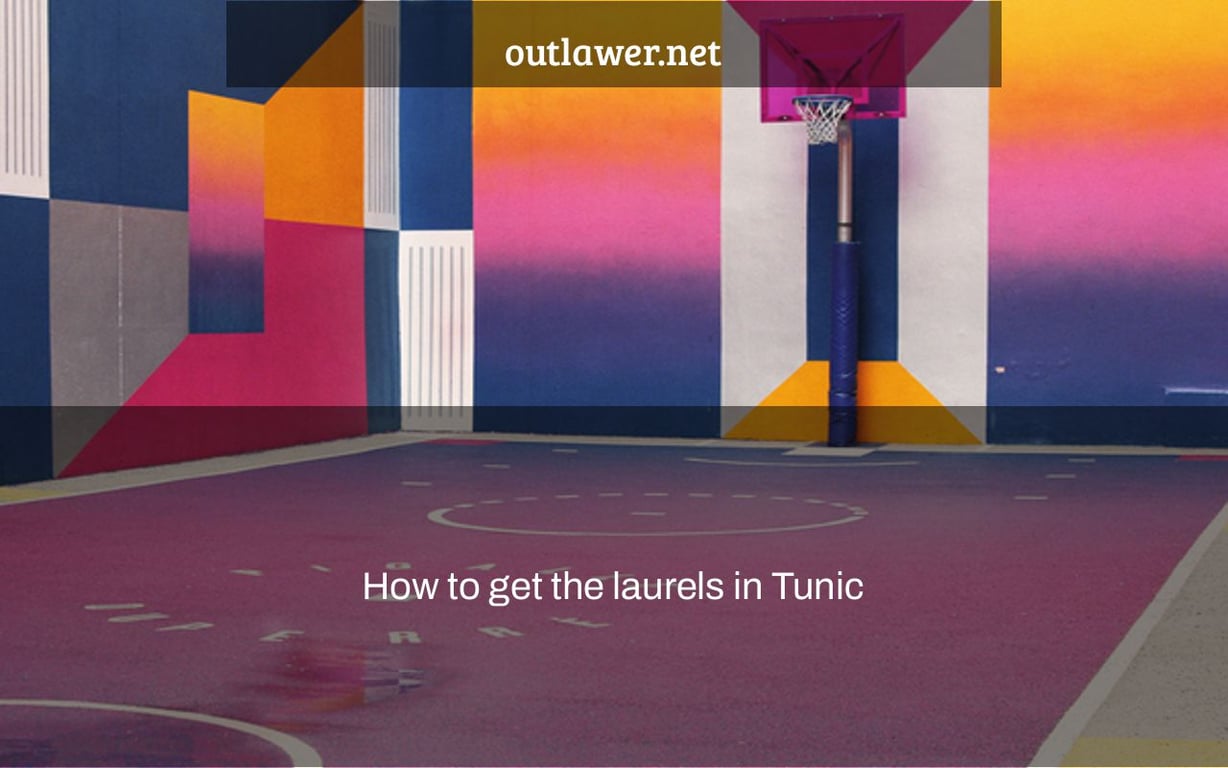 Tunic’s final stages can become rather crazy, particularly when you’re stuck with your different attributes being confined to their initial numbers from the start. You’ll need a new weapon in your armory to battle your way to the finish of the game and the secrets beyond it: laurels. They won’t be simple to come by, however.

To begin, make your way to the Cathedral, which is located to the south-east of the Overworld and may be reached through the Old Burying Ground. This is only accessible at a specific point in the game, so don’t waste your time trying to get in early. After entering the Cathedral, make your way through the enemy-infested hallways and chambers until you reach the higher levels and the monolith overlooking the great chamber. If you pray hard enough, you’ll be able to open an elevator that will transport you down into the basement of the building.

Continue down until you reach an arena with seven statues along the upper wall. Except for the one on the far right, which will offer you some health pickups and a refilled health potion, each of the statues corresponds to a wave of opponents that you must face. Prepare yourself for this will be a difficult battle, particularly given your current state of weakness.

You may combat the waves in whatever sequence you wish, but the key to most of them is to avoid being overwhelmed. Enemies won’t come all at once, so if you’re quick, you’ll be able to kill each one before the next one arrives. If things start to get out of hand, consider freezing a few of them with the Magic Dagger to give yourself some breathing space. It’s advised that you utilize the health statue at the halfway mark, but if you’re OK with your health by then, don’t waste it.

A swarm of Fairies will be summoned by the statue on the far left. They teleport in swiftly, so you won’t be able to wipe them out quickly, but they’re also rather weak, taking just one strike from the Magic Rod to knock them out. When they die, they also drop MP-refilling picks. As a result, the ideal tactic for this wave is to keep holding LT to keep targeting fresh foes while hammering the Magic Rod button. You’ll have endless ammunition thanks to the magical pickups, so simply keep firing until they’re all gone.

The next one will unleash a swarm of Fleemers, the skeletons you’re probably acquainted with from the Old Burying Ground. The standard skeletons should be defeated after a few strikes, however at the conclusion of the wave, a bigger, more powerful skeleton will appear. It shouldn’t be too much of a problem if you’ve been keeping up with the new arrivals, but be cautious not to get overwhelmed. Remember to block and deflect assaults using your shield.

Several Custodians from the Fortress of the Eastern Vault will be summoned by the next statue. Because their area-of-effect magic strikes are readily evaded and they leave themselves wide exposed when casting, this may be a lovely little break. Simply roll out of the assault zone and concentrate on one at a time until all of them are dead.

It’s best to save the center statue for last, so concentrate on the next one down. This will cause a swarm of frog soldiers from Frog’s Domain to appear. The smaller frogs should fall down in a few strikes, much like the skeletons, but their low weight may cause them to be knocked out of range of your last swipe, so keep an eye on them. When the bigger frogs arrive, concentrate on removing any remaining tiny frogs before removing them one at a time. If you need to, use the Magic Dagger to clear some space.

A wave of Rudelings, Overworld knights, will be summoned by the statue adjacent to the healing offering. You shouldn’t have any issues fighting these people; just remember to change up your approaches based on their gear. Regular knights will be easily defeated, but give the shield-wielding knights a chance to strike first before diving in and counterattack. Take out any lingering mooks, then use the same techniques as at the start of the game to deal with the Guard Captain.

The last, center statue is unquestionably the most difficult, since it summons not one, but two Garden Knights. You’ll have some time before the second one appears, so you’ll want to be a little more aggressive than you were in the first combat with the Knight in the Western Garden to avoid having to fight two of them at once. The Knight’s movements, on the other hand, haven’t altered, therefore the same method will apply here. If you can complete the first one on time, the second shouldn’t be too difficult.

Following that long experience, a chest will materialize in the arena’s middle. You’ll ultimately get the laurels if you open it up. With them, your roll is replaced with a short-distance flashstep, allowing you to quickly cover tiny gaps and see a lot more of the environment. Oh, and on your way out, don’t forget to pray at the Hero’s Grave. It’ll come in handy.